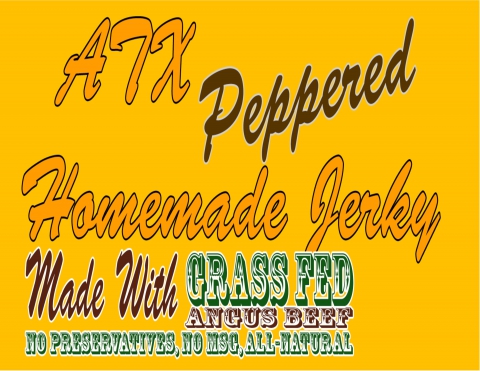 Back to Listings Shopping

Stop by one of Elgin’s newest shops to enjoy homemade jerky made with grass fed Angus beef.

Who are we? We are beef jerky artists. Testing each flavor to perfection, alongside our unique texture, and tenderness is our recipe for amazing jerky. It all began in the northern woods, making jerky for our trips to the wilderness using a simple dehydrator with pre-mixed flavor packets. This quickly evolved into experimenting with various spices turning the kitchen into a laboratory. Here we are today, spreading flavor to the masses with our growing beef jerky varieties.

Chris began making his own jerky with his dad in 2002.  They learned how to make it together for their trips to the cabin in the northern woods of Wisconsin.  Throughout High School and College, Chris experimented with his own flavor combinations.  After moving to Austin, TX in 2013,  Gregg moved in next door to Chris.  There were many BBQ’s and late nights sitting around thinking of ideas after becoming friends.  With Gregg’s business sense and Chris’s awesome jerky, they went into business together.  Mainly selling at farmer’s markets around town, the product became an instant hit!  We are proud to now bring you homemade style jerky at many of the Austin farmer’s markets (and Houston soon too), at our retail store in Elgin, TX, and shipping straight to your door coast to coast. There’s plenty to go around, so go ahead and dig in.

Check out our Jerky Menu.