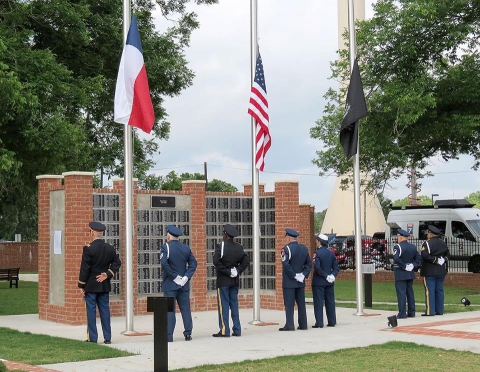 Back to Listings Arts & Culture

Back to Listings Attractions

Back to Listings Outdoor Recreation

Back to Listings Things to Do

The mission of the Friends of the Smithville Texas Veterans Memorial Park is to tell the story of Bastrop County Veterans and other individuals from Texas and the rest of the nation who fought for our freedoms and to honor those who have given the ultimate sacrifice in support of our great nation.

In the summer of 2010, Smithville Mayor Mark Bunte was grieving the loss of yet another young person to the wars in Afghanistan and Iraq. In community of about 5,000 people, the Smithville area had lost five military service personnel since 2006; two were of the same graduating class with about 100 others and one graduated one year later. At that time, the Smithville area had suffered a greater loss to the Afghanistan and Iraq Wars per capita than any other community in the U.S. In a town where everyone knows their neighbors all the kids go to the same school together, no one has been spared. Since then, two more individuals in military service from Bastrop County paid the ultimate sacrifice.

To begin this project, Mayor Bunte spoke with the families of these fallen to find out what they thought would be the best way to pay tribute to their loved ones. The families wanted a memorial park unlike any other, one that would bring youthful energy and joy to the park while simultaneously paying respect to the fallen soldiers.

The Veterans Memorial Park in Smithville Texas now honors these soldiers and the freedom and families that they fought and died to protect by providing a place for playful, dynamic life as well as a place for somber, stately reflection.

The project has grown since that first visit with the families. It now encompass many more individuals than these most recent fallen heroes. The Smithville Texas Veterans Memorial Park and Splash Park is a tribute to the great sacrifices all Texan veterans and their families have made in service to their country. It venerates and honors individuals who have served during war and peace time, fallen heroes and surviving veterans, as far back as the Texas War for Independence in 1836. It is a place where people can learn the individual stories of the names on the walls using an archive housed by the Smithville Public Library, and where the legacy of these brave men and women will never be forgotten.